While my wife and daughter went off shopping, I decided to take some time and clean up the ol' home office. Now, mind you, I did say "clean up" and not "clean out" nor "tear down and start over." Believe me, that is an important bit of information. However, I will say that while "redding up" (well I am used to calling it, having been in Pittsburgh and all), I did a LOT of cleaning out. I threw out things that have been hanging around for decades. And, that is where this tale comes into play (slight pun intended).

I found a lot of CDR and DVD discs that had never been labeled, so after I was done cleaning, I fired up the computer and starting sifting through them. There were a LOT of them, and I tossed many of them away - mainly because they wouldn't even read in the drive.

I came across one that was made in 2005 or so and it had several folders: "Add-ons," "Patches," NoCD," etc. These discs used to be quite prevalent in and around the Henderson households (that is my family's household and my parent's) back in the day when we had dial-up. At work, I had much faster access and would grab all kinds of game enhancements and share those with Dad.

My main target were NoCD patches. Back before Steam, UPlay, and the like, you *HAD* to install software by disc (my preferred method still, frankly). And, often, as a means of copy protection, you had to have the disc in the drive in order to play the games. Well, someones out in the world figured out ways to let you play the games WITHOUT the discs. That was awesome. Hunting for and swapping out discs was a pain in the butt. I know, that sounds like whining, but we played a LOT of games.

In addition to the "Patches" disc, I decided to consolidate the several binders in which Dad had kept his discs. He was far more organized than I in that regard. So, after I consolidated, I started leafing through the binder's pages. Memories, wonderment, and puzzlement all came flooding in as I took a walk down computer gaming memory lane. And, this is what I am going to share with you now. Grab a Coke, a snack, and maybe a tissue or two. We may need them.

Before I get rolling, let me share a little about me and my Dad. I don't remember much of what my very young years were like in terms of him playing with me and my brother. I know he liked to attend certain activities with us (or, more to the point, TAKE us there: wrestling matches, indoor soccer games, Sea World and Geauga Lake...), but I don't really remember connecting with my dad on a "playing" level, if that makes sense. That all changed when I got my first computer. Well, really, I suppose that changed a little when we had our first "console" system: Atari 2600 followed quickly by Intellivision. I do remember playing some, but what really changed things was my first computer: a Commodore 64. He worked with a guy who helped us get all kinds of games for the thing. Dad and I would play some games together or watch each other play.

Fast forward to roughly 1998. I'm not sure if Dad had a home computer before 1998 or not. But, what I do know is that when my wife and I moved into our new home, my parents moved into the house we used to live in. Dad and I each had a computer and we spent many, many evenings playing together - well, watching each other play, really. We didn't have a way to do multiplayer games then. usually, the scenario went like this: Shan and my Mom would watch TV shows and Dad and I would hang out in his home office and play games. I loved every minute of it. I don't know if he knew that or not, though I suppose it would be hard to miss, but I couldn't wait to sit and talk about the latest games, the new mods for certain games (more on that in a bit), and how we needed to upgrade our computers for the next games coming out.

As I said, he kept his game discs in binders with special CD-ROM pages. So, tonight, I walked through those pages again after a long, long time (Dad passed in 2007). To be honest, I don't remember much about many of the games themselves. But, what I do remember are the things Dad and I would talk about RELATED to the games. 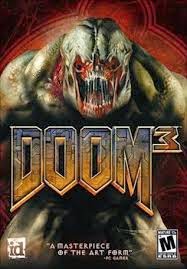 The binder (everything was moved from 3 binders to 1 very thick one) starts with Doom 3. This was one of Dad's favorites. Back in the Windows 95/98 days, Dad fell in love with 1st person games. Now, his all-time favorite was Clive Barker's Undying, but that game wouldn't run on Windows XP and he spit nails because of that. Anyway, he loved Doom 3. I remember watching him play through the opening sequence and I explained the history of Doom and id software and such. After he played a while, I installed the original Doom, Duke3d, and Wolf3d. He was not impressed. Haha! He was spoiled by the much better graphics and handling of Doom 3. In fact, that quickly became one of the running "benchmark jokes." When a new game would come out, he'd ask something like, "Is it better than that Wolfenstein game you showed me?" I would invariably say something like, "Yes, Dad. Wolf3d came out way before this new one." 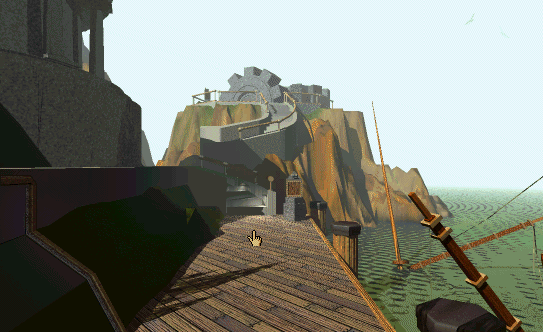 I will not list every game in the binder, but I am going to show you what a varied taste in games my father had. The next page has the 10th Anniversary MYST, Riven, and Myst III on it. He loved puzzle games. He loved to hunt and click and figure out how certain pieces fit together to make something else happen. Later in this post, you'll come to see the true obsession he had with the genre.

He also loved war games. I remember the two of us playing through Call of Duty, Medal of Honor, Brothers in Arms, and Iron Storm. He usually had the controls and I would call attention to snipers he didn't see or enemy tactical movements he was missing because he was focused on the action in front of him. We would feed off each other, too. When we weren't in the same room, we would each play the games and then help each other through the rough spots. In a way, it was like some kind of single-player buddy system. Of course, many times, we would encourage the other person to go headlong into a firefight to see what happened, not necessarily willing to do the same in our own game.  He had other war-related games like Silent Hunter III and Enigma: Rising Tide or Shellshock 'Nam 67. 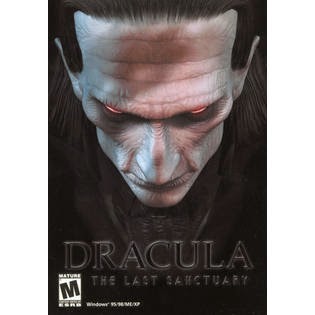 Remember what I said a bit ago about adventure games? I am pretty sure my dad had every Dreamcatcher/Adventure Company game ever developed. He absolutely loved playing those. Some of the titles in here are Syberia, Syberia II, Dracula, Lights Out, The Black Mirror, Dark Fall, and the list goes on and on. Seriously, he became obsessed with those games from that publisher. I think he bought a title every week for a while there, or it sure seemed like it. I suppose I should give one a try. I have never played any of them that I can recall. 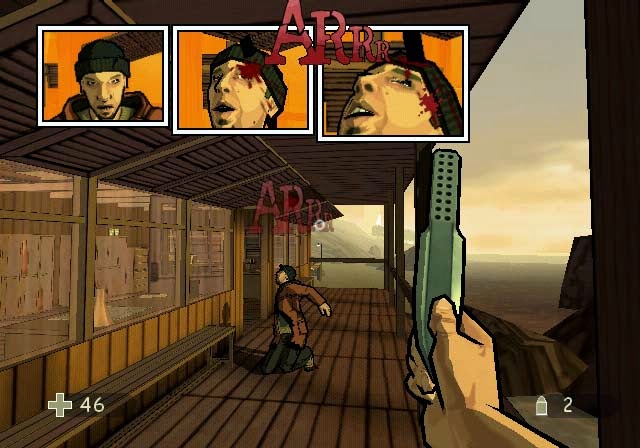 One of my all-time favorites was XIII. Oh, man, he and I geeked out (though we didn't call it that in those days) over the cool cel shading technique used in that game. It was like playing a comic book shooter. I think we played through it a few times each, just not able to get enough of it after it was over.

He also loved utilities. Yes, you read that correctly. In fact, there is a 3.5-inch floppy with WinZip on it in the binder. But, he also had things like ULead video makers, Seagate hard drive utilities, Dragon Naturally Speaking (lol, the 1999 version is in here), PrintShop, and more. That's all well and good, but he would use certain utilities in ways that no one else would, and that was not always a good thing. I remember he tried to ZIP up his Windows folder once. He used some kind of "cleaner" utility to delete a "bunch of useless DLL files taking up space" that he then later called me to ask why his computer wasn't working correctly. He especially loved image programs. His favorite was "ACDSee" though he used a plethora of others as well. 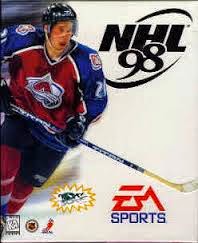 And then, there were the sports games. He made the folks at EA Sports a LOT of money, let me tell you. He bought just about every EA Sports game they made: Tiger Woods, NHL, MLB, Madden, FIFA, NCAA Football (the one time they had it on PC), you name it. I think he even bought Cricket or Rugby or something (those have since disappeared from his binder, before i got hold of it). His desire for the games was not really to play the games themselves, but rather to MOD the games. He first started back with NHL '98. I remember this like it was yesterday. I came home from work, and he had been online all day (dial-up back then) downloading some kind of "Add-on" for his game. He learned where to put the files that would replace the original ones. In this case, he found arena files that would update all the in-game boards with the actual ads from the real-life counterparts. I have to admit, I thought it was awesome. We would play against each other in near-replica arenas. He didn't stop at boards, either. He downloaded crowds, uniforms, ice graphics, you name it. and, he didn't stop at hockey. FIFA was his all-time favorite to install these add-ons. He would search for add-ons and then hand me a list to download during my lunch at work. We had team kits, stadium updates, and at one point, he found the Spanish-language commentator files and had me download those so that he could play his game with Spanish commentators! haha! Oh, man that was a riot. Every sports game he bought, he would immediately install and start the hunt for modifications to enhance the game.

Looking through this binder, I find flight simulators, real-time simulations, pool, bowling, and casino games (even an autographed card from Annie Duke, no less!), the whole "CSI" series of games, "Splinter Cell," "Mafia," "GTA Vice City," and so much more. 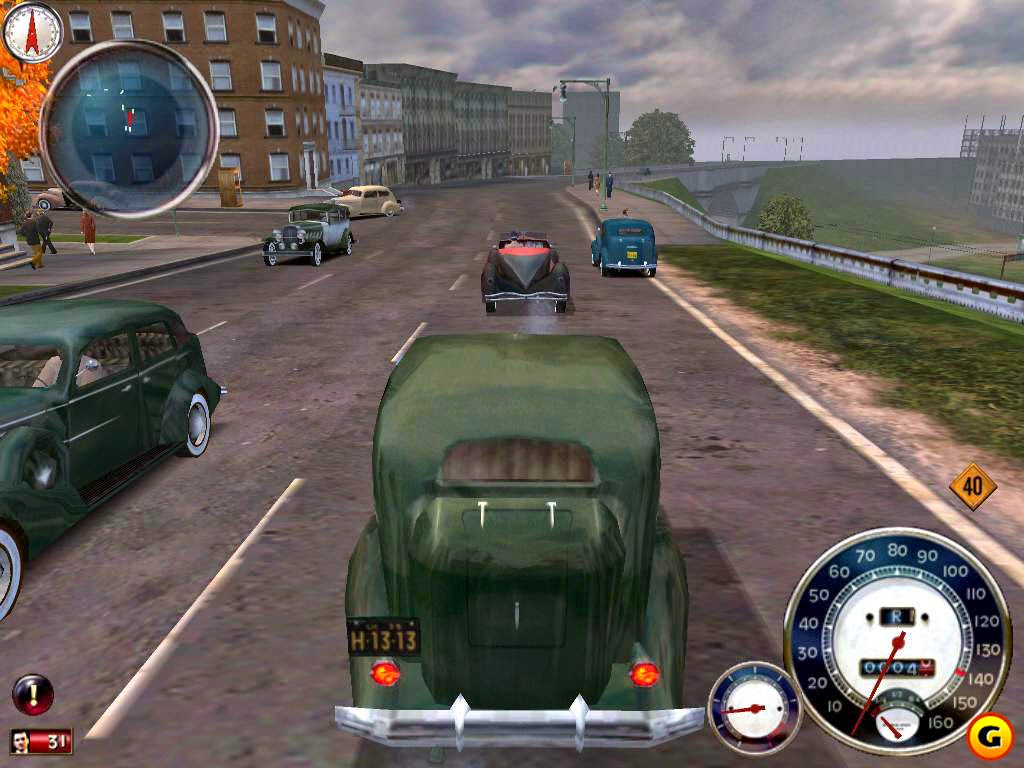 I truly wish Dad would have been able to see games now. He would be flipping out over the latest EA Sports games, all the "Seek and Find" games available, 1st person shooters, and anything else he could download and find add-ons to change up. There are many things I miss about my father. One of the strongest, though, is being able to call him up or run up the hill and tell him about some new game we could play or some cool new add-on he'd enjoy. Every now and then, I get that urge and it stops me dead in my tracks that I have to remind myself he's moved on.
on November 29, 2014