How the Curley Wolves Got Their Name

I am posting this here just in case the original gets lost somewhere/somehow: 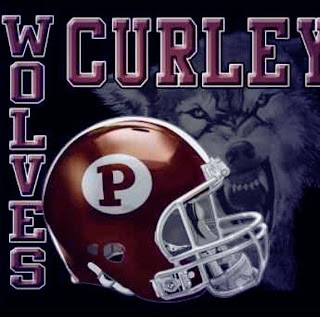 How the Curley Wolves Got Their Name

HOW THE CURLEY WOLVES GOT THEIR NAME
(Clipped from September 24, 1933, issue of the ARKANSAS GAZETTE)

About a dozen years ago, the Prescott team was scheduled to play the Little Rock High School Tigers here on Saturday afternoon. The GAZETTE's Sports Editor was out of the city, and one of the reporters was assigned to interview Coach Quigley of Little Rock Friday afternoon and to write an article about the impending game.

Quigley told the reporter that the Prescott lads were very tough, and that he expected a hard game. But in putting the idea on paper, the reporter used an unfortunate expression. He said that the Tigers wre expecting a "good workout" which was totally different from the idea that Quigley had in mind.

On the following Saturday, the Prescott team proceeded to administer a handsome beating to the Little Rock lads.

About nine that night a Western Union messenger brought to the news editor's desk the following message from Prescott.

"What do you think of the workout we gave your Tigers this afternoon? Prescott High School Football Team."

When the news editor recovered from the shock, he wrote a few paragraphs intended to be humorous in which he expressed the idea that the Little Rock athletes had received a fine workout indeed. He expressed relief that the workout had been no more strenuous because if it had been, Little Rock wouldn't have had any football team left, and there were quite a few games remaining on the schedule.

Over it, he wrote the following headline about the Prescott football team:

WE THINK THAT THE BOYS ARE CURLEY WOLVES

On the following Monday, morning assembly exercises at Prescott High School were turned into a celebration of the victory. The GAZETTE article and accompanying headline were read, and by unanimous vote "Curley Wolves" was adopted as the football team's official nickname.

They've been Curley Wolves ever since.

In the fall of 1911, Mr. Adam Guthrie, who had the previous spring graduated at the University of Arkansas, and for three years had made a brilliant record as member of the Razorbacks, organized and coached Prescott High School's first football team. The team won a game and lost one with Hope High and lost to Texarkana High.

*The above was taken from a Word Document off the Prescott, Arkansas, school website in Aug 2013. It also appears in at least one forum online (FearlessFriday).
on August 27, 2013