First, a look back and then a look ahead.

On January 9 (just a few days away), Commodore revealed the Commodore 64.  The computer cost $299, which was not horrid back then, but not exactly peanuts either.  The real downside was that EVERYTHING was extra - floppy storage was another $179 for the original 1541, if you could find one.  Most folks started off with the $99 tape drive.  Yes, kiddos, before games came on DVDs (or there was anything remotely referred to as 'the cloud,'), we had games that were stored on cassette tapes.  Oh, wait. You might not even know what cassette tapes are.  Yeesh.  Before MP3s and CDs, we had these plastic cases with a think ribbon of 'tape' that held our music.  Well, the same technology to store music was used to store data.

Aside from the affection Mac owners are known to have for their computers, Commodore owners probably 'loved' their computers the most.  No other company (again, aside from Apple) garnered such admiration for a line of computers as Commodore.  Even today, you can ask people about their old '64s and watch as their eyes glaze over, their head tilts slightly to one side and their mind wanders back to a time of 8-bit wonders. 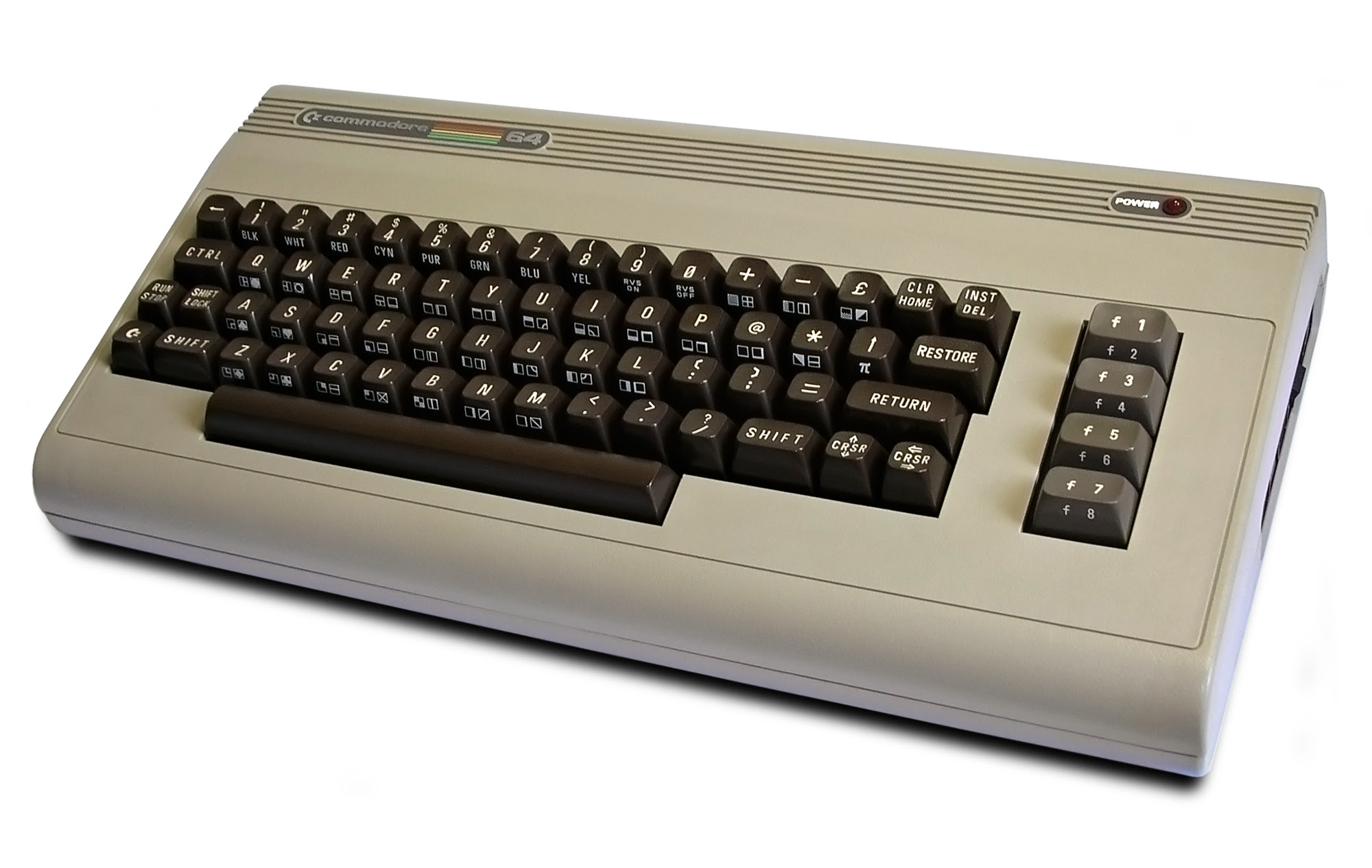 Some time ago, several years actually, several groups/companies came up with C64 emulators that would run on PCs.  Now, you could have all the nostalgia running in a window on your computer while you surfed the web, played other games, or did just about anything else you wanted to.  The entire C64 collection of games fits on a series of DVDs.

And then, Commodore was reignited and a new company brought forth a C64 clone.  The new machine is a PC running the emulator.  It also costs over 3x as much as the original, listing for $999 from CommodoreUSA.  No thanks.  Even if I bought the emulator and the DVD series, I'd still have change left over for my card hobby.  So it wouldn't LOOK like a C64. Who cares. I digress.


As for looking ahead, I managed a paltry 80 posts in 2011.  I posted more than that during my first year of blogging when I really had no idea what I was doing or why.  I am not a "resolutions" kind of person, but I absolutely resolve to post more in 2012.  What accounts for the lack of posts?  I'm ashamed to admit it, but Facebook and Twitter have become my main outlet streams.  That's not a bad thing, really, but I am a huge proponent of blogging, especially in education, and so I need to champion that which I, er, champion.

Of course, the first round of solid postings will come from the annual "American Idol" rundown.  I also plan to post some of my more in-depth musings on here and let those take on a life of their own here and in the social networking realms.  For instance, my thoughts on public breastfeeding sparked quite a conversation on Facebook.  It would have been fun to start that here and then follow it in both circles, possibly cross-posting back here as to additional comments, etc.

I have been putting off two novels as well.  I don't mean reading them - I mean writing them.  So, the next "resolution" on my list: Write 'em.  I've actually decided that "Summer Breaks" will become a larger version of itself to be entitled, "Extended Summer Breaks."  It will be cleaned up and several elements expanded based on feedback I've received from friends and reviews.  The other novel, "Somewhere Main and Maple Meet," is already 2/3rds complete in first draft, so I'm looking to finish it up and get it published as well.  In fact, I plan to shop that one through Christian publishing circles to see if I can get a tradition publisher to pick it up.  I'll keep you posted.

My final "real" resolution relates to my bucket list.  I am picking one item to cross off the list and will focus my attention throughout the year to make it happen.  Not sure which item yet, but once I choose, that will be the one I try to knock off.

Thanks to everyone who comes by to read my ramblings and musings, and I hope to provide you much more entertainment in 2012 than in 2011.
on January 01, 2012