A Night Out at Murry's

For our anniversary, I took Shan to Little Rock for dinner and a show at Murray's Dinner Playhouse. It's located in the "old K-Mart shopping plaza" near University and Colonel Glenn Road (which most Arkansans would know as Asher Ave). In fact, it was hard to find, and we only found it because we turned down a dark alley trying to get out of the dead-end we found ourselves facing.

The front desk worker was very friendly and we were escorted to our seat along a railing with a great view of the floating stage (though I had to turn my chair around to watch the play).

The food is served buffet, and it was mediocre at best. The salad was fine (hard to screw up lettuce) and there was an interesting selection of of food (chicken enchilada, pasta and cheddar (read mac and cheese), variety of veggies and fruits, choice of beef, pork, chicken). The taste of the food, however, was not good at all. Needed to be HEAVILY seasoned to make it palatable. The desserts were actually decent. Our waitress did a pretty good job of keeping our glasses filled. A couple of times, she seemed to look over us and not see us at all, so I had to get her attention. 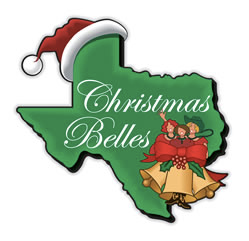 The show was one of the funniest things I have seen live! We saw "Christmas Belles." Yes, the show ran from April 20 to May 23. Why Christmas? I have no idea! It was very well acted, hilarious, and had only a couple of line flubs which the actors just incorporated into the program almost flawlessly. We had a GREAT time watching the show (though I would have liked to have been able to sit beside my wife).

The place was full, but not sold out. Patrons ranged in age from high-school kids to elderly folks. Attire covered a gamut from nearly-formal to dressy-casual to blue jeans and plaid shirts. I asked about the dress before we went and was told "casual." We were dressy-casual and the seemed appropriate, though jeans and a polo would have been fine.

My recommendation: eat somewhere else first then come for the show (though the price would make that not cost-effective) *or* know ahead of time that you will probably want to hit a fast-food place after the show.

After the show, we checked into our favorite hotel in West Little Rock: the one in the same lot as Krispy Kreme!  Once checked in, we walked across the parking lot and snagged some doughnuts and milk.  We headed back to the room and settled in for the night.

Saturday morning, we got up early out of habit.  We stayed at the hotel, though, just hanging out and enjoying each other until it was time to go.  We had a GREAT time!
on May 22, 2010