A few random thoughts about my father

As we celebrate Father's Day, I know how blessed I am to have my own kiddos in my life. I also know how lucky I am to have had the father I did.

Life with Dad was not always easy. In fact, for a time in my early life, things were about as bad as they get. But, when the choice came down to living his life the way he wanted to at the time and being there for us kids and his family, he chose us.  My brother was probably too young to remember all that, but I lived the nightmare for several years.  Sometimes, we can't find the light until we are in the middle of complete darkness.

When Dad came out of that period, everything about him changed in my mind. We spent many summers going to visit my grandparents in Cleveland and hitting the hot spots like Sea World (they had one then) and Geauga Lake. We also went to Cedar Point and visited Lake Erie every year. 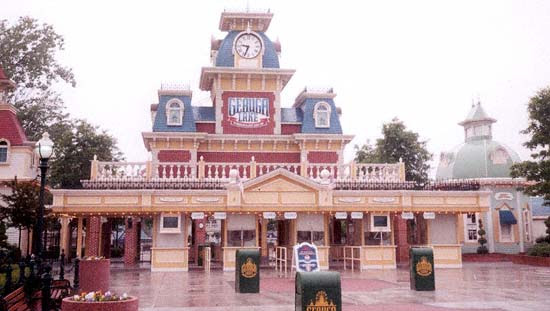 We didn't have a lot of money - or much at all, really - when I was a kid, but I never went for wanting that I knew of. One time, Dad had me and my brother close our eyes as tightly as we could and he drove around and around, trying to make us guess where we were. When we were allowed to open our eyes again, we were parked in front of Children's Palace, the biggest toy store I had ever been to until FAO Swartz many years later.  Now, it might not have been huge to grown-ups, but to me, it was the ultimate place to go. 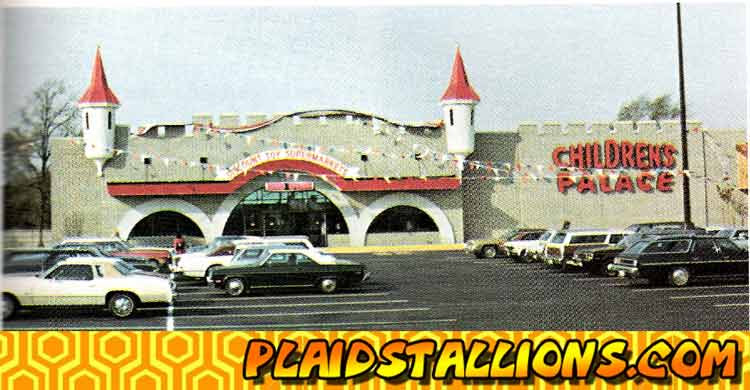 Dad took us to see Star Wars every time we wanted: at least seven times.  That was just "A New Hope," mind you! And, he took us to the toy store afterward to buy our first Star Wars figures. We had the original (now worth TONS of money) Jawas, which we promptly played with, mangled and destroyed. Haha! Life was so much simpler then: we actually PLAYED with toys, not collected them. 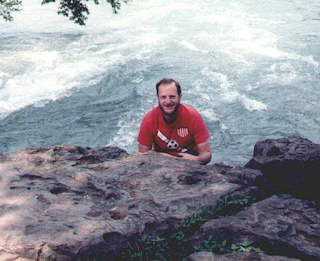 Dad was a referee for FIFA and MISL for several years. Once, he and a family friend took our families to Niagara Falls for a tournament. I remember two things about that trip: 1) My brother spitting his applesauce at the friend's daughter from laughing so hard, and 2) My Dad crossing the line to get into the river that feeds the falls. I have that photo.  He also coached our soccer teams and basketball teams without having a clue how to do either - because they needed someone, and WE needed someone. Funny thing there: the local soccer association made him PRESIDENT his first year. Hahaha! Man, were they in trouble!

When my Dad's Dad passed away, I remember trying to be so strong and 'brave' for my Dad. He pulled me aside and told me it was okay to cry when sad things happened. I burst into tears and he grabbed me up and held me for a few minutes. When I had gotten most of my crying out, as they used to say, he loosened his grip, looked me in the eye and said, "Feels better, doesn't it?" He and I walked up the stairs of the funeral home after that. A little while later, he gave me some money to go to the local card shop and buy some baseball cards.

My Dad enjoyed being with family, but not being with family "too long." Haha. He could handle being around everyone for a while, but he also enjoyed having his own time. In the years just before he passed away, my Dad grew to love playing games on his computer. He especially loved playing the EA Sports games of NHL and FIFA. What he really liked was finding all the add-ons to download so that he could make the arenas look exactly like their real-life counterparts: sideboards, ads, you name it. He enjoyed 1st person shooters and loved any golf game ever made. His favorite was British Open Golf with Jim McKay doing the announcing. Dad loved golf, and this was about as close as he could get to being a pro golfer. He ate it up.  Even now, after the years after his passing, I'll play games that I know my Dad would have loved. He'd be a die-hard Far Cry 3 fan, for sure. He never liked the Battlefield games with their flag-taking waypoints. He also liked to play chess. He got that from HIS Dad. My Dad would have loved the Wii, especially golf and bowling.

(I am pretty sure this is how the Pro Shop at White Oak Lanes looked when I was a kid!)

My Dad took us kids bowling every chance he got. Again, he had that instilled by his own father. Oh, man, we would go bowling at just about alley in the Pittsburgh area. For a while, my brother and I were in a league as kids. I don't remember much about the bowling, but I do remember my Dad taking us to McDonald's afterward. We would burgers or nuggets (they were the 'new' thing back then) and we would take ketchup packets with us when we left. Now, Dad did not participate, but he never stopped us from doing it, either. We would take the packets and place them behind the tires of other cars in the parking lot. When the cars backed out, SPLAT! The ketchup would splatter the cars next to them. Well, that was the theory. In reality, it rarely worked that way. Usually, the packets just popped open and made a mess on the lot.

My Dad changed jobs every couple years. He always stayed within the Federal Government, but he hated getting stagnant. I got some of that, but not enough to move every 2-3 years. I vowed to myself that when I had kids, I would try my best not to move them around. I think I did okay with that. We lived in Little Rock when Tyler was born, and then we soon moved to Prescott. We've been here ever since. And, if I may say, I think our kids turned out just fine.  My Dad also believed that the next big thing was just a get-rich-quick offer away. Holy cow. He had us into Amway, A.L. Williams Insurance, and a variety of other pyramid schemes. He also tried SMC wholesales, several other wholesale companies, and when he hit the Internet, jumpin' Jehosophat! He was off to the races.  Of course, he wanted the "get rich" part without having to put out much effort. Haha! So much for that.


Many people came to know my Dad over his lifetime, and I would bet a dime to a dollar they would all same the same thing: My Dad was one of the funniest, goofiest, sweetest men they had ever known. I couldn't agree more.

*photos property of their respective owners.
on June 16, 2013