The simplest N-Word usage explanation. And, it makes sense.

What I've never understood, though, is why blacks are allowed to use it and non-blacks can't. That is, until I read an article (linked below) that contained the following paragraph (written by Ta-Nehisi Coates in 2007):


The common retort to my nigger-boosting is that I would be ready to fight if a white person called me a nigger. This is true, but more because I'd be expected to be offended than for any real hurt feelings. Sure, I would not take kindly to whites calling me "nigger" — just as black audience members didn't take kindly to Michael Richards' recent racist rant — but I also wouldn't assume that I'd be able to walk into a honky-tonk bar and address the patrons as white trash. Words are contextual. A man on the street can call his wife "baby," but that doesn't mean I should be able to as well.

There it is. Plain and simple. I don't know why I have never seen things put this way. I am a bit surprised I hadn't thought of it myself, really. Non-blacks can't say the word because, mainly, the perception is that when a non-black says it, they are being offensive. Coates makes a valid point: if a non-white walked into a predominantly white bar and called someone White Trash, that person probably wouldn't make it out of the bar alive. Why should non-blacks expect any different for using the "n-word?" 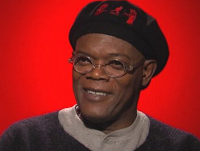 Sidenote: I do find it utterly ridiculous that we must refer to it as "The N-Word" when everyone and their mother knows exactly the word to which we are referring.  Well, except Samuel L Jackson, apparently. Just do a YouTube search for him and the N-Word. It's not safe for work, but it will give you a different perspective on the "N-Word." I think the use of the phrase "N-Word" itself should be done away with.

Frankly, I think the actual word should be removed from ALL vocabulary, just as other racial slurs have been. Those slurs referring to Chinese, Italians, Mexicans, etc. have all but died because they are not socially acceptable in America (or anywhere so far as I know). Same should happen with the N-Word.  So far as I know, you don't hear many songs where those other races are using the racial slurs to describe themselves.

Sidenote 2: Many blacks find the term "African-American" offensive seeing as how they were not only NOT born in Africa but are just as American as anyone else born within our borders. If I were black, I'd feel the same way. Likewise, some non-blacks from South Africa that have come to be U.S. Citizens *DO* refer to themselves as "African-American." And, they have every right to do so.